It’s common knowledge that fruits are good for our bodies and have plenty of health benefits. However, their importance isn’t just physical, it’s also cultural.

For thousands of years, fruits have played an important role in the media. From ancient religious texts to more modern works, fruit in literature represents larger ideas. These ideas help to shape and bring deeper meaning to stories and documents.

Fruits are present in multiple forms of media including movies, poems, songs, and books.

This article focuses specifically on fruits in literature. Literature frequently draws parallels between everyday objects within the world and our personal lives. It does this by using familiar objects and what they symbolize, to make us think more deeply.

With an interesting history of symbolism and meaning, fruits in literature are an easy way for authors to tell a better story.

The most prominent pieces of literature featuring fruits in roles of importance are religious. A large portion of these is from Greek mythology. They are full of symbolism and meaning, therefore it’s no surprise that Greek mythology would heavily features fruits.

Below are a few examples of fruits that have helped shape and give meaning to literature relevant to today’s society.

1. Pomegranates in the Myth of Persephone and Hades 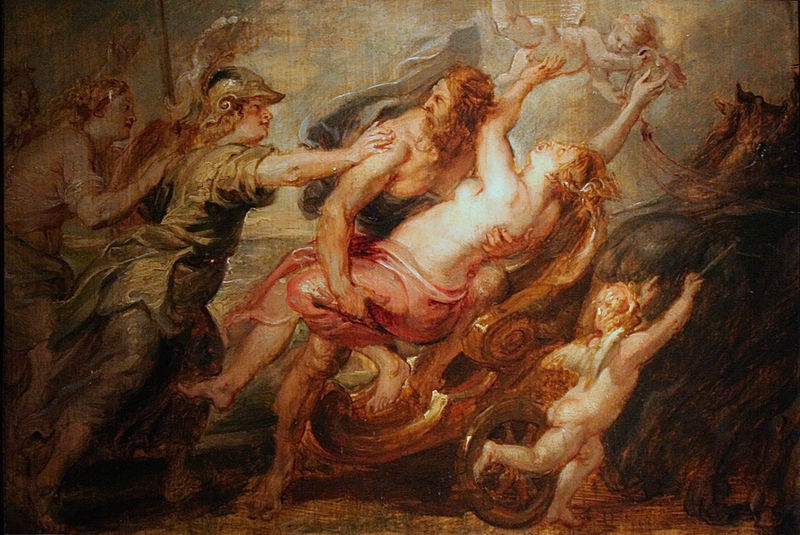 Panicked and mourning, Demeter searches the earth for her daughter for nine long days and nights. Causing crops to fail and spiraling the world into famine. Eventually, Persephone is found in the Underworld and forced to be the bride of Hades. There are several versions of the story with various reasons for Persephone’s release. Regardless of the version told, eventually Hades allows Persephone to leave.

The trouble begins when Persephone eats the pomegranate seeds in the Underworld.

Whatever the reason, Persephone was ultimately allowed to return to earth with her mother for part of the year. However, for the remainder of the year, she was required to rule the Underworld alongside Hades.

Overall, pomegranates have an interesting history as a fruit with a lot of meaning. They are important in several religions including Judaism and Islam. Similarly, in some cultures these fruits are symbolic of beauty and fertility, passing these traits on to those who eat them.

2. Adam, Eve, and the Forbidden Fruit

In the popular story of Adam and Eve, the first man and woman created life in a paradise called the “Garden of Eden.” They have everything they could possibly need or want. The only thing they cannot do is eat fruit from the “Tree of the Knowledge of Good and Evil.”

The devil, in the form of a snake, comes to Eve and talks her into taking a bite of the forbidden fruit. In turn,  she gives the fruit to her husband Adam who also takes a bite. Having committed the first sin, Adam and Eve are thrown out of the garden and doomed to a life of hardship.

The symbol of the forbidden fruit shows up time and time again in media. From songs to book covers, there are references to this story all over pop culture.

It’s commonly assumed that the fruit talked about in the Genesis story is an apple. This was mainly due to the word “apple” and “evil” being the same in Latin: malus. While it’s unlikely the fruit eaten by Adam and Eve was actually an apple, the apple is now a symbol of sin and evil in literature.

Snow White is another example of the symbolism of fruit and the apple’s evil imagery. This classic fairytale tells of a jealous stepmother/queen on a quest to kill Snow White. The apple becomes her weapon of choice when she poisons one and tricks Snow White into eating it. This allows her jealous stepmother, the queen, to be the most beautiful in all the land.

In conclusion, we really don’t give Fruit much thought beyond how delicious it is. However, there’s more to it than meets the eye. Apples, pomegranates, and grapes aren’t just foods we use to nourish our bodies. Fruit in literature has made them culturally-relevant icons used throughout history to help storytellers craft tales.